More Downsizings; Unemployed and In The Wrong Pond? 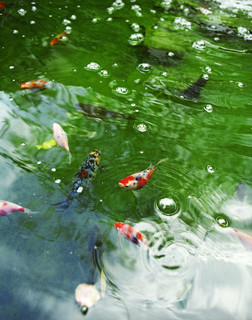 I have written this in another article earlier last year, but I would like to emphasize during yet another round of downsizings by Hillrom, Amgen, Stryker, Sanofi Aventis, Merck, Systagenix and countless more the past 8 weeks; the fastest way to get another position...go for what you know!  Sounds simple doesn't it?  Go for jobs that are asking for someone with your type of background.  If you want to be caught with a job and not without one, then one must use the overused fish example; get into the pond where people want to catch a fish LIKE YOU.

This is not the time to say, "Wow, I was just let go and I don't want the pharma industry anymore, I am going to hold out for a Medical Device Job."  You will be holding out for perhaps a long time and time can be a killer.  The longer you remain unemployed, the longer you remain unplugged and the more your resume begins to look stale.  A fish out of water, tends to smell a little...and gets really stinky as time passes by!  So goes the resume.

I often compare a resume to a house, the longer it has been on the market with no one living in it, it begins to look that way.  People are so use to seeing the For Sale Sign on the house, even if someone is mowing the grass, they just begin to drive by it without looking at it.  How many times did you hear a few years ago from people who were trying to sell their house that they wish they would have taken that offer they declined....now they can't give the house away!  Same holds true for jobs.  I often hear the unemployed calling me 6 months or longer into their unemployment wishing they would have taken that first job that came along that was reasonable, but maybe not their dream job.  When one is unemployed, the dream job can be put on the back burner and dreamed about AFTER you are once again plugged in!

So with this in mind, do not hold out and wait for the perfect job even if it is early in your job search (less than 8 weeks).  It is true that right now, since the Great Recession, the holiday period from about a week before Thanksgiving until Christmas has been a time of downsizings and this year proves to be the same.  Believe it or not, before 2008, it was the time when we would get orders for new Job Expansions!  Oddly enough, we have had a number of downsizings this year from large companies relatively late AND at the same time hearing rumblings of a few small job expansions from a few companies earmarked for February, March or April of 2012. Don't hold your breath, I have seen these same expansion plans nullified in a moments notice!

So what do you do to speed up and get beyond the pain of unemployment as quickly as possible?  Again, go with what you know.  If you are Medical Device Sales person in the Cardiovascular Area, apply to those type of jobs and canvass companies (using Linkedin Techniques) that manufacturer those type of products.  If you are a Medical Distributor Rep. then stay within medical distribution, if you are a Dental Rep...well you know the story.  By all means, interview for the step out of the box dream job WHILE you are swimming in the pond that wants a fish like you!  Just remember that in this marketplace, there are more fish swimming in those waters and you must be the BIG FISH in the RIGHT pond.

P.S. Thanks to the Members of this Group sending me the layoff information! As you know, I send that out with our News Quips ASAP...you often know about them before they are announced to the press!

By Linda Hertz why not invite me to Linkedin with you today?

Thanks for this article. Just confirms my gut feeling about changing within pharma and how to play it safe for now. Really good article. Looking forward to reading and keeping posted by your site.