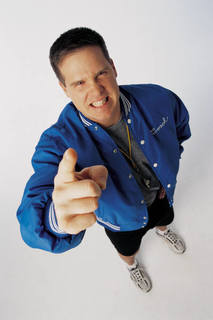 I wrote the last article, to help Job Candidates understand how an interviewer feels when someone is talking too much in the interview!  I felt if they understood what they were doing they could just STOP IT!  Stop talking and let the Interviewer INTERVIEW YOU!  Stop asking a ton of questions right out of the gate and eating up valuable time that will DECREASE the chances of moving forward to the next interview step.  It is more than that, there is yet another thing that Job Candidates do besides asking too many questions, it is not knowing how to answer them!

Yes, the very basis of a Job Interview, answering Interview Questions from the Interviewer effectively.  Some people just don't know when to shut up!  Is that coach-able?  In fact, do they even know they are doing it?  Let's first start with the skill they are missing and it does affect the interview and frankly, even the basics of having a relevant social conversation.

The first Face to Face Interview is about the interviewer getting answers to HIS questions and getting as many answered as quickly as possible.  He usually has one hour to determine if he is moving you forward to the next step.  Time is a premium, the more questions he can ask AND, in turn, receive relevant and succinct answers from the Job Candidate, then he has an easier time making up his mind on whether the candidate has the goods to hire and to move  forward.  If a Job Candidate begins to frustrate him during this process, it is usually because the candidate doesn't have the basic ability in communication skills.  Talking is not a communication skill, it is a means to communicate. How well you do it is a whole other matter.

I made the assumption in the last article that people would understand what they needed to do to make the interview RELEVANT for both parties.  I didn't think it was a secret gift, I thought it would be apparent to people as they read that last article.  To some it wasn't.

People responded to the last article with, "In an interview I thought I was supposed to ask a lot of questions to show them how prepared I was for the interview.  How can I not talk when they are asking questions of me?  They want to hear me talk and what I have to say, how else are they to get to know me?"  Oh my, it was then it dawned on me, some people may not understand the art of having a relevant conversation with another person, let alone handling interview questions!

Let's visit the art of conversation.  First of all you must be focused on discovering the OTHER person's interests as you try to discover common interests.  Two people who are good at conversation understand this is a give and take process and when you find that common ground, the conversation blossoms.  They do call this the "art of conversation" for a reason; the art is in finding common interests between you and the other party and yes, focusing on the interests and engagement level of the other party THROUGHOUT the process.  You need to be tuned in to the other person and reading them AS YOU are talking.  Are you boring them?  Then shut up and take a new tack.

A great conversation must be relevant to both parties.  The art is understanding how to make your communication relevant and LISTENING.  Answering questions effectively in an interview situation is listening and understanding the questions being poised to you and making your answer RELEVANT to the Interviewer by answering it!  Get to the point, just answer it!

If you think about it, at least in an Interview, you ALREADY know the common interest between you and the other party (the Interviewer) before you even meet them!  The Hiring Manager or Human Resource Person has a job and you want that job.  Wow, talk about a direct hit on a common interest to begin the interview conversation!  In fact, you almost always have a detailed Job Description and access to everything the web offers about the company and their competitors before you begin the interview. So how can it be that so many people who are qualified for the job mess up the Job Interview in the first interview?

Sometimes these people make it past the phone screen, because they are qualified with the basic skill sets and experience levels, but the problem is already on the radar BEFORE they make it to the Face To Face interview.  I wish I had a dime for every HR or Hiring Manager telling me, "Well, I couldn't get them to give me what I wanted in the interview.  It was like pulling teeth to get them to stay on track and just answer the question at hand, let's move them forward and give them one more chance, if it is a problem, they will for sure fail the next step (the face to face interview)."  Most of them do fail that next step.  They listen to the question and then begin to talk too much, sometimes not even giving the hiring manager the information he requested!  Perhaps they forgot what the actual question was because they talked about everything but what the Interviewer wanted to hear.

Many experienced managers tell me that if someone does not know how to listen to a question and then communicate the answer directly, they will pass on them.  When I asked why?  Most will tell me it is not coach-able.  I recently asked a close friend of mine, who is in a high level Fortune 500 Company Manager, her opinion.  She laughed out loud as she replied,

"Oh my God, I was just in Oregon interviewing this guy for a sales job with my District Manager two weeks ago.  The candidate wouldn't shut up, every question we asked he would just keep talking and never answer the question!"

She then went on to say,

"I decided to see if I could coach him to answer the question directly and then to shut up."

I became even more interested (after all, we found our common interest!). I replied,

"Please tell me how you did that without offending him?"  After all, who likes to be told in an interview that you are a wind bag?"

She got a bit serious here, but still had a smile on her face as she shared her coaching story.

"After 4 questions and hearing him take up gobs of time just talking and not getting to the point, I knew we would not hire him.  Who needs that?  Our customers don't need that for sure!"

She thought a bit as she relived the situation and went on to say,

"Then I decided, let's try to coach him to see if could be coached.  I tried it in my past and it has never worked, but I thought, he has a great background, let's try one more time."

"So what happened this time?", I asked.

"I stopped him during his long talking spree after that 4th question. I just decided that's it, I'm done.  I held my hand up and said, I am sorry for interrupting you, but I must tell you that we are on the 4th question and each one talk about things that don't answer the question and you take a lot of time doing it.  We are now over half way through the interview and we have very little information to make a decision other than ending the interview."

My mouth dropped open in amazement.  I asked her how he handled it.

"Well, he looked surprised, but I went on and told him that he needs to listen to the question and define what we are looking for and just give us the answer.  I even told him he could take a breath before he plunges into his answer. I then had the District Manager beside me ask another question.  A fresh question."

She began to laugh as she replied,

"The poor guy began to try to answer the question, and we gave him an easy one too by the way, and he began to talk.  5 minutes into it I looked over at my District Manager who was trying to listen to the reply, he happened to glance over and we made momentary eye contact with each other and we shared a look of disbelief."

She went on to say that she and the manager did what most do in this situation (coaching or not), they gave up and waited to see how long it would take for the guy to stop talking.  He spoke for another 10 minutes and never getting to the point.

She hesitated a bit as she put herself back in the moment,

"Well, he finally did talk himself out.  It was little awkward because after he stopped talking there was silence.  He just looked at both of us and realized we were disengaged.  It was almost like his mouth had to rest and stop talking before he noticed us in the room, before he could see that we were just done with him."

She paused and thought about it and continued,

"It was as if when he talked, he was oblivious to everything other than what he was saying and what was coming out of his mouth was not even targeted to the subject he needed to address or at least not addressing it by getting to the point."

"So that was it?  He just stared at you not knowing that he did it again?"

"Well, yes.  This time after the silence he did a nervous laugh and we also smiled and did a little laugh.  He knew, he knew what he did!  So at least he understood what he does."

Now for the question I really wanted answered,

"So do you think this is coach-able?"

She quickly replied without hesitation and right to the point (no issues with this upper level managers communication skill sets!),

"Well it may be, but it is going to take a lot of interview role play and work on his part to get rid of an ingrained habit.  I guess that is what it is.  A habit.  I am not about to take up my time and my managers trying to coach a guy out of a bad habit.  At least he understands now what he is doing, so perhaps he can work on it, but not on our dime."

Bingo!  That's it.  I too have tried to coach people who will NOT get to the point and directly answer my interview questions. I tried it several times throughout my years as a hiring manager and recruiter.  I too think it is coach-able, but not within the scope of a one-time coaching session during an interview.  It is a habit, a bad habit that is rooted into the person's behavior.  We all know how difficult it is to break a bad habit, but the first step is recognizing the habit and how it is affecting your job and perhaps even your life.  It's about doing the work to change and what better time to get started than at the beginning of a new year.

By Linda Hertz why not invite me to LinkedIn with you today?